Aun - the beginning and the end of all things

When looking for alternative energy sources the Japanese scientist Sekai tragically dies. Twenty years later the Brazilian mathematician Euclides continues his research. The lack of an essential component won't allow a breakthrough. Only AUN, Sekai´s son, seems to hold the key, to protect mankind from self-destruction.
In the aftermath of the nuclear tragedy in Fukushima the film appears like a prophecy. AUN´s dream-like images, complemented by music from Christian Fennesz and Ryuichi Sakamoto lead into a fantastic and exciting world, full of brideness and darkness of life.

The Japanese scientist Sekai [=the world], seeking a bright future for mankind, invents a motor that burns water. His wife Hikari [=the light], dies when giving birth to their son Aun [the beginning and the end of all things]. As a toddler Aun discovers an unusual sea snail at the beach. Sekai uses it for experiments involving his own body, which ultimately kills him. Twenty years later Euclides [=number theorist], a deaf scientist from Brazil’s capitol – the modernist Brasília – carries on Sekai’s experiments. He believes the sea snail to be the missing link to a livable future and therefore asks his wife Nympha [=pupal stage of butterfly] to find Aun. She takes on an ancient Japanese card game with the Japanese yakuza as she discovers that Aun used to gamble in Tokyo. Fairies from the woods send her an elf messenger who leads her to Aun – now serving as a priest in a Shinto shrine. Infatuation takes a hold of them. Nympha enters the world Sekai had envisioned. Euclides, by now in trouble with the sponsors of his project gets his wife to lead him to Aun’s shrine. As they arrive Aun – aged dramatically – hands the sea snail to Euclides. Delighted the latter carries out experiments while his wife tries to find a way back to the world she’d been able to experience. Euclides rejoices as he believes to having succeeded in creating ‘the future’. The fairies put a spell on him. Euclides dies. With his last breath he exhales a substance that makes the world vanish from the universe.

‘AUN – the beginning and the end of all things’ tells the story of mankind’s quest for the future, his desire to create the tomorrow, his fear of and loathing for the apocalypse. It spins the Faustian theme twice and lays bare open the inexhaustible Judea/Christian believe in progress, which by the 21st century has taken over the entire world and has succeeded in maneuvering the globe into a situation that can’t be solved by means of economics and science anymore. Enlightenment’s merits have taken the West’s ability to sense what is not to be seen, what is only to be felt. Believes are so much more than religion, than monotheistic concepts. Souls and spirits exist not only in film. Denial and neglect of eternal laws lead to extinction – of the individual and the entire human race. AUN invents rituals as well as mythologies and worships the creator of it all – nature – by playfully laying out its dichotomy with human culture. The film equals mankind’s beauty with nature by announcing that ‘everything mankind creates in nature’. Sadly the hubris ends and gives the audience the chance to heartily weep for the world.

‘AUN – the beginning and the end of all things’ follows the strings of thoughts the late Claude Lévi-Strauss revealed in his anthropological essays throughout the 20th century, as well as those of Japan’s unique Shintoism who’s millions of gods inhibit and preserve nature. The film focuses on the dichotomy man/nature and envisions a future world where life will be nothing but sensual. It contains references to Brazilian writer Clarice Lispector, Italian anthropologist Fosco Maraini and the Japanese writer Yoko Tawada.

‘AUN – the beginning and the end of all things’ is a 100 min., 35mm feature drama written/directed by the Austrian artist/filmmaker Edgar Honetschläger. It is a Austrian/Japanese co-production realized by Edoko Institute Vienna and Ribo Ltd. Tokyo in cooperation with KGP Vienna. AUN was supported by the Austrian Film Institute, the Vienna Film Fund, the ORF (Austrian TV), the province of Upper Austria, the City of Tokyo, Tochigi Province, Shizuoka province, Yamanashi province. 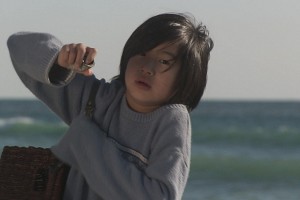 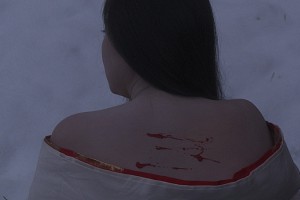 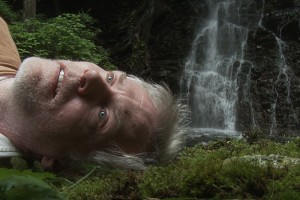 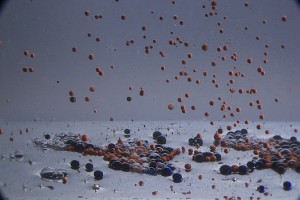 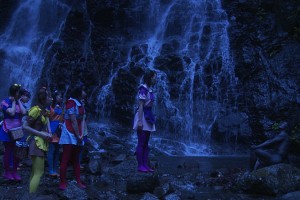 WHO'S AFRAID OF ALICE MILLER?