An NGO invites Wafaa and Raneen, along with a group of other young West Bank
Palestinians, to spend a day at the beach – in Israel. Although they live nearby, an
impenetrable barrier has always made it impossible for them to go there. Is this trip
a fantasy or a window on the future?

Growing up in times of conflict – 13-year old Palestinian girls Wafaa and Raneen from two different Westbank villages are faced with the option of going on a one-day trip to the beach in Israel. Although they live only a few kilometers away, they have both never been to the sea. Israeli peace activists organize a day at the beach in Tel Aviv for Palestinian women and children, to let them exchange the view on the Wall against the horizon.

One summer morning, Wafaa is preparing for the journey and imagining pretty people in Israel, while Raneen is playing freedom fighter with her friends. Her village is in constant conflict with the Israeli soldiers and for her and her parents it is out of the question to spend a beach day with the “others”.
Is the day by the sea a one-day utopia? Or a possible future?

In 2009 my Israeli flatmate told me about the initiative to bring Palestinians to the sea for the first time in their lives. Something touched me about this story, the surreal image of seemingly hostile groups spending a day on the beach together... I decided to get my camera and take an early-morning-bus to write an article about it. First glances, first experiences. Their seeming sameness, almost naked, unarmed in the water. Their silent yet so personal communication. That day ended, the floating tires were left void, and I thought about how little I still knew about the lives of the people I met that day, but also how little Israelis and Palestinians seemed to know about the other ones' reality.

Austrian director Clara Trischler has always been interested in border issues, the extent to which someone is defined by the place one is born into, the influence of outer circumstances on our personal stories and freedom. After studying at the European Film College in Denmark, she moved to Israel, where she worked for the World Centre for Holocaust Research “Yad Vashem” and as a correspondent for Austrian radio broadcasting during the Gaza War in 2009. After a number of film internships in Berlin and New York, she started studying screenplay at the Film Academy of Vienna, where she discovered her love for documentary filmmaking. Since April 2013, Clara is continuing her film studies at the Instituto Universitario Nacional del Arte in Buenos Aires.
For “The First Sea”, her first long documentary film, Clara won the scholarship “Perspektive Österreichisches Nachwuchsfilmschaffen” and a Honorable Mention at the spec_script Award in 2010.
Seashells and Milk (director, documentary short, Israel/Palestine, 2012)
Albatrosse (Writer, short film, 35 mm/8mm, Director: Mike Kren, Austria 2013)
Tuppern (Writer, middlelength film, Director: Vanessa Gräfingholt, Austria 2013)
Sinking Islands (director, short film, 16 mm, Austria 2010)
First Memories (director, documentary short, 16 mm, Austria 2010)
Sinai (director, documentary short, 16 mm, Austria 2009)
We have no heaven to wait for (director, short film, Denmark 2007)

A film and transmedia producer with a background in law, history, musicology and media management, Sarita Sharma has produced several documentaries and fiction short films with her company Kinomaton Berlin, mostly in collaboration with national or international partners. The core activity is visual storytelling on different platforms (cinema, tv, internet, social media, mobile, transmedia, interactive) with a focus on human stories, culture and society. Her feature documentary co-production Fuck For Forest by Michal Marczak won the award for Best Documentary at Warsaw International Film Festival 2012 and had its international premiere at Rotterdam IFFR in 2013, that was and is followed by numerous festival participations including Dokfestival München and South by Southwest 2013. The German cinema release of the film will happen in June 2013. 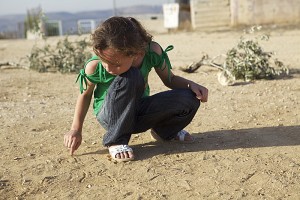 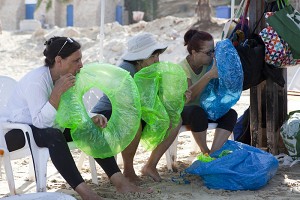 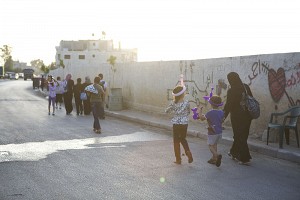 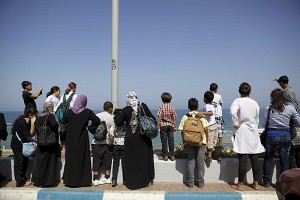