Excitement back-stage, adrenalin rush on-stage, band’s daily routine off-stage. Four young women connected in one vision: to compose and produce music, and to be able to live on it without compromise. Gustav, Clara Luzia, Teresa Rotschopf and Luise Pop on their way through the ups and downs of a self-chosen dream. A film about female musicians.

Backstage: nerves; on stage: adrenaline; offstage: the daily routines of a band. OH YEAH, SHE PERFORMS! is a feature-length documentary about four extraordinary women pursuing the same dream: composing, producing and living from their own music – without compromising their ideals. A film about female musicians.

GUSTAV, aka Eva Jantschitsch, allows us a glimpse into her creative process, her private home studio, the rundown cellar rooms where her band rehearses and backstage at her large concerts. She talks about the feeling of being exposed during performances, the pressure of people’s expectations and her role as a mother.

CLARA LUZIA (Clara Humpel) discusses the issues she encounters as a musician, such as her health problems and precarious financial situation. She plays and sings to packed audiences at big concerts and allows us to film her band recording an album in a desolate farmhouse and accompany her to interviews with inquisitive journalists.

TERESA ROTSCHOPF – we firstly meet her as the frontwoman of the disco band “Bunny Lake”. She gradually loosens her ties to the band and starts writing her own songs, which she records with Viennese star producer Patrick Pulsinger. The film follows her to New York City, where she performs her own compositions as a solo musician.

LUISE POP, aka Vera Kropf, composes songs in the tradition of surf punk and Riot Girls. She not only sings, writes and fronts a band, but is also an outstanding guitarist. We follow her to rehearsals in a garden cottage and on tour through Austria’s neighbouring countries and watch how she excels on her electric guitar and as a singer.

The film revolves around the work of these four women, portraying subtle emotions that hint at the various identities of these female musicians and the struggle to reconcile private and public personalities. The editing style connects these very different characters and highlights the dynamic plot and the change in tempo driven by the beat. A break, a bridge, a riff, a rhyme, a glint in the eye, stage fright: flashes leading to the next snapshot of GUSTAV, CLARA LUZIA, TERESA ROTSCHOPF and LUISE POP in their element: music. 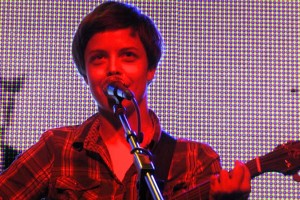 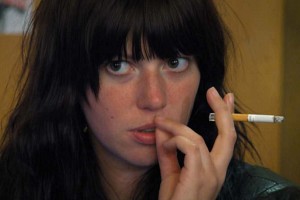 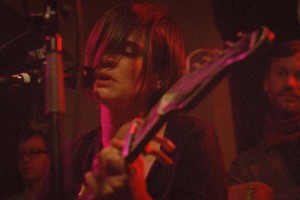 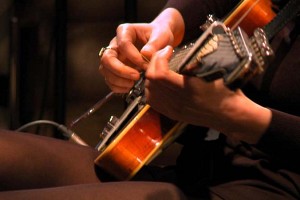 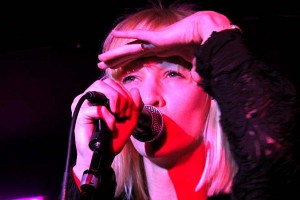